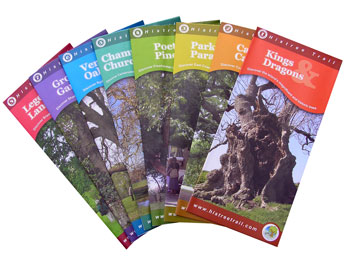 What is biodiversity?
Biodiversity is wildlife - the variety of life and its processes; including animals, plants, humans and all living things, the differences among them, the communities and ecosystems in which they occur, and the ecological and evolutionary processes that keep them functioning, yet ever changing and adapting.

Why is wildlife important?
Understanding biodiversity is in our self-interest as it affects us all. Biological diversity provides us with life-sustaining systems such as clean air, productive oceans, fresh water and fertile soil, without which we would not be able to support ourselves.

Why is the wildlife of the Isle of Wight special?
The Isle of Wight is a microcosm of south-east England and has, size for size, its fair share of the habitats characteristic of the region. In fact, it is unusually rich in species and habitats compared to similar areas on the mainland. The chalk grasslands, the maritime cliffs and slopes, and the estuaries are important on a national and international scale.

The mere fact that it is an island located off the south coast has consequences for the wildlife as well as for the human population. There are fewer introduced species such as grey squirrels, deer or mink; and there are stable populations of native animals which have become rare on the mainland, such as red squirrels, dormice, bats and water voles. The mild climate and maritime situation provide a foothold for species such as the Glanville fritillary butterfly, on the northern edge of their European range.

Sites of Importance for Nature Conservation (SINCs) review.
The Biodiversity Partnership undertakes an annual review of the series of wildlife sites on the Island. Three supporting documents have been produced which can be accessed via the Local Records Centre section of this website.